This year the Whitney Museum of American Art presents its 78th Biennial survey. I knew from media reports that the art selected heavily represented political and social current events. There was a wide cross section of themes including an emphasis on figural work, but there were two artists whose work dealt directly with geometric figures. 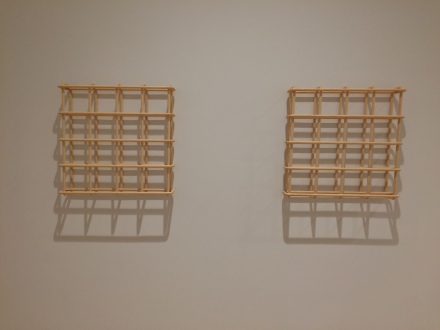 Matt Brownings gridded wall sculptures were installed in small groupings through the two floors of exhibit. each grid of 26 cubes is hand carved from a single piece of wood forming an interlocking lattice work. 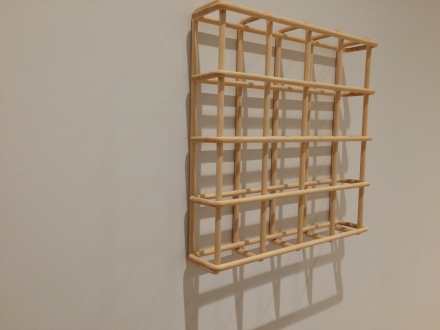 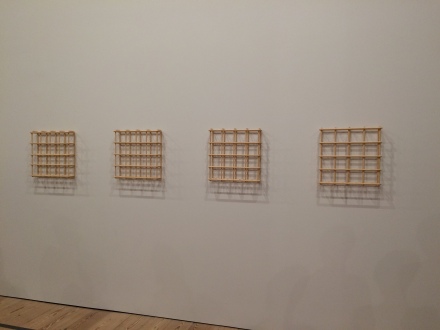 Brownings’ subject matter of the cubes relates to the perspective of minimalist geometric sculpture. His technique of painstakingly whittling the wood by hand takes the geometry to the unexpected realm of craft and folk art. 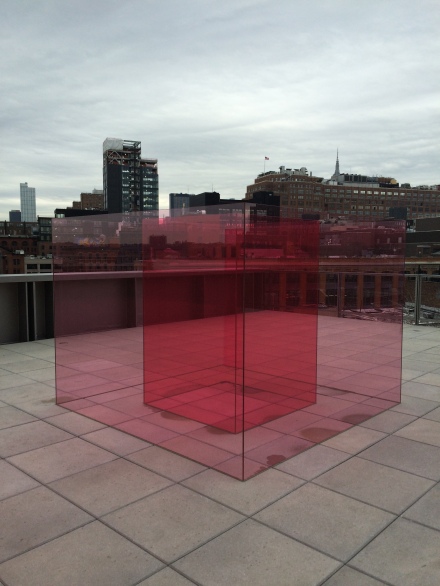 Larry Bell’s laminated glass sculptures are installed on a roof terrace. Consisting of 6 large prisms featuring six foot by eight foot walls each enclosing a smaller six foot by four foot prism. The transparent nature of the material allows for a comparison of the proportions of the two sized boxes. All twelve have the same height but the interior forms are half as wide. The volume of the larger boxes are 4 times that of the interior boxes. I particularly like the way the sculptures are situated so that the viewer can see the surrounding buildings through the colored glass. The abstract geometry becomes part of the city scape.
Susan Happersett