Benigna Chilla has incorporated mathematics into her art practice throughout her career. Her recent, large scale canvasses on display at Tibet House are inspired by her stay in Bhutan in 2011. 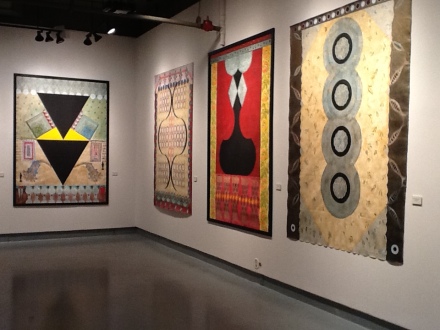 Chilla has included small segments of cultural pattern and textiles into the texture of these paintings. This enhances the connections between the bold symmetries and traditional Tibetan Art. In the painting “Two black Triangles” there is the obvious reflection symmetry of the black triangles, but there are also subtle almost-reflective symmetries. Near the bottom of the canvas there two added sculptural elements, but the right one is higher than the left. On the right hand side of the bottom border there are two red triangles with grey circles on top. On the left hand side, the triangles re grey, but the circles  are red. 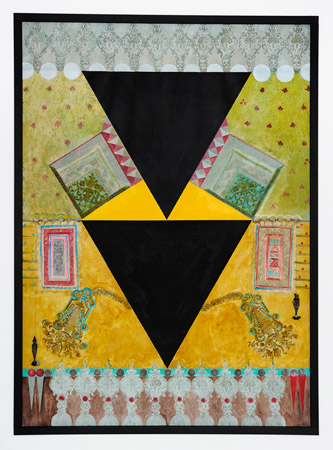 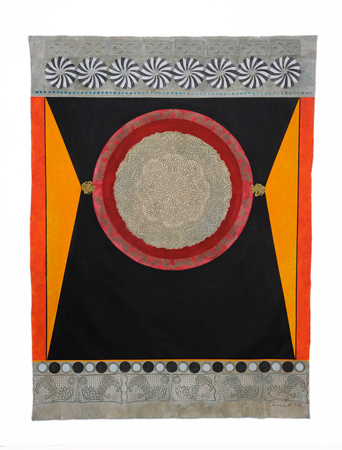 In the press release for this exhibition, Chilla discusses the importance of both the meditative and physical processes involved in the creation of these works. There are not many artists who can discuss creating mathematical symmetries and meditation, and I personally find that combination very inspiring.